3D
360°
Featured Scan The World
1,743 views 127 downloads
1 collection
Community Prints Add your picture
Be the first to share a picture of this printed object
0 comments

This iconoclasm can be seen on this high-relief, the original of which can be found on the west portal of the abbey church. The sculpture depicts The Apostle Jacob the Younger. Other sculptures of a similar style depicting Saints, Archangels and Apostles line the facades of the church. 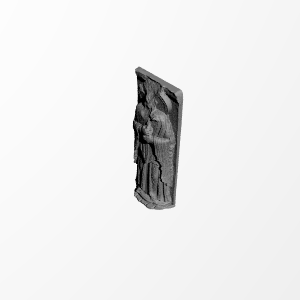