The Atrium of the "Hellenistic" House

The Atrium of the "Hellenistic" House

This is a fragment of the ancient house on Cyprus, built in the Hellenistic period.

An almost square courtyard with a central cistern (impluvium) was found on the west side of the excavated area near a street. Four Nabatean columns (tetrastyle) supported the roof. The Nabatean style was a simple version of the Greek Ionian style, popular in Cyprus as the beginning of the Roman period, and yet not previously seen in Paphos. 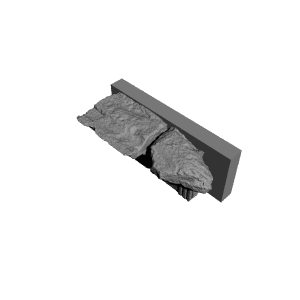