The Creation of Eve

3D
Scan The World
2,256 views 120 downloads
Community Prints Add your picture
Be the first to share a picture of this printed object
0 comments

The Creation of Eve

The scene represents God, still with the triangular nimbus and voluminous robe, brings Eve to life. The fig tree figures prominently in the background of this scene as it did in the Creation of Adam.

Sculptor Jacopo della Quercia began The Creation of Eve, a marble relief on the central portal of the facade of San Petronio, Bologna, in 1424. This is the cast of the original marble.

Italian sculptor Jacopo della Quercia was one of the most original artists of the early 15th century. His innovative work influenced Italian artists such as Francesco di Giorgio, Niccolò dell'Arca, and Michelangelo. 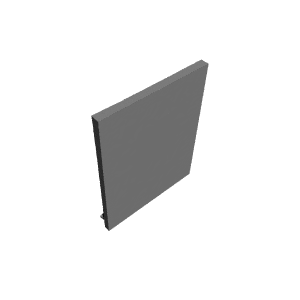