The Dance at The Fine Arts Museum in Brussels, Belgium

3D
Scan The World
2,447 views 148 downloads
1 collection
Community Prints Add your picture
Be the first to share a picture of this printed object
0 comments

The Dance at The Fine Arts Museum in Brussels, Belgium

François-Raoul Larche (1860 Saint-André-de-Cubzac - 1912 Paris) was a French Art Nouveau sculptor whose work included several figures of Christ, but who may be better known for his numerous female figures, both nude and draped.

He was one of several artists inspired by the dancer Loie Fuller; one of his best-known statues depicts Fuller dancing with part of her drapery billowing above and behind her head like a flame.

Another well-known sculpture, Les Violettes, depicts a group of nude children with an older girl who may be their mother or older sister. Their bodies are entwined with flower stems and leaves and they are all wearing petal bonnets, suggesting that they are meant to represent the spirits of flowers. 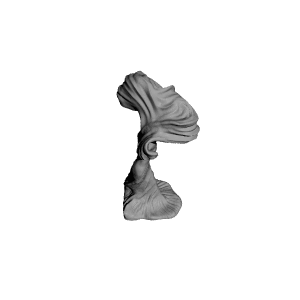 ×
1 collections where you can find The Dance at The Fine Arts Museum in Brussels, Belgium by Scan The World