The Death of Lucretia

The Death of Lucretia

Lucretia's suicide out of shame for her rape by Sextus Tarquinius—a self-sacrifice that led to the rebellion in Rome against the Tarquins— was frequendy depicted in prints and paintings, though less often in sculpture, from the sixteenth through the eighteenth century. In France during this period femmes fortes, powerful women from ancient history or myth, such as Lucretia, Cleopatra, and Dido, as well as from the Bible, such as Esther, Jael, and Judith, were popular paragons of virtue. This sculpture shares many characteristics of the morceaux de réception, works required of candidates for admission to the Académie Royale de la Peinture et de la Sculpture in Paris. About 1700 these showcases of the sculptor's talents tended to be highly dramatic, under-lifesize marble sculptures of classical subjects. 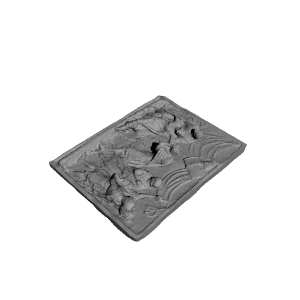 ×
3 collections where you can find The Death of Lucretia by Scan The World
×
left spin
@leftspin
1
Printed on: Prusa i3 MK3
Material: PLA
Posted at: 18th July 2020

I remixed this art scan into a Lego compatible wall set. The set is available for free, check my profile.