The Death of the Virgin (fragment)

3D
Scan The World
1,540 views 45 downloads
Community Prints Add your picture
Be the first to share a picture of this printed object
0 comments

The Death of the Virgin (fragment)

This is a fragment of the marble relief depicting the scene of the death of the virgin.

The Death of the Virgin Mary is a common subject in Western Christian art, the equivalent of the Dormition of the Theotokos in Eastern Orthodox art. This depiction became less common as the doctrine of the Assumption gained support in the Roman Catholic Church from the Late Middle Ages onward. Although that doctrine avoids stating whether Mary was alive or dead when she was bodily taken up to Heaven, she is normally shown in art as alive. Nothing is said in the Bible about the end of Mary's life, but a tradition dating back to at least the 5th century says the twelve Apostles were miraculously assembled from their far-flung missionary activity to be present at the death, and that is the scene normally depicted, with the apostles gathered around the bed.

The fragments come from the arch field of the right side portal of the old façade of the Florentine Cathedral, which was demolished in 1587. Badly damaged in may 1945 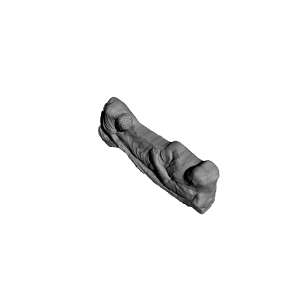