The Genius of Liberty at the Réunion des Musées Nationaux, Paris

3D
Scan The World
4,069 views 390 downloads
2 collections
Community Prints Add your picture
Be the first to share a picture of this printed object
0 comments

The Genius of Liberty at the Réunion des Musées Nationaux, Paris

This is a part of a larger group sculpture titled 'La Marseillaise' (eng. The Departure of the Volunteers). La Marseillaise is the national anthem of France, written in 1792 by Claude Joseph Rouget de Lisle after the declaration of war by France against Austria and was originally titled "Chante de guerre pour l'Armée du Rhin". It acquired its modern nickname after being sung in Paris by volunteers from Marseille marching on the capital. The song is the first example of the European March.

The larger marble sculpture is the personification of La Marseillaise and can be found on the front of the Arc de Triomphe in Paris; it depicts 7 figures, 6 being the volunteers from Marseilles and the central, largest figure depicting Liberty (or the Genius of Liberty, the manifestation of France). The sculpture itself was carved by Francois Rude (4th January 1784 - 3rd November 1855), a French sculptor.

The central figure, and the character of this bust is The Genius of Liberty. In Roman religion, the genius is the individual instance of a general divine nature that is present in every individual person, place or thing. Much like a guardian angel, the genius would follow each man from the hour of his birth until the day he died. For women it was the Juno spirit that would accompany each of them. The Greek version which predates the Romans called their genii 'daemons'. 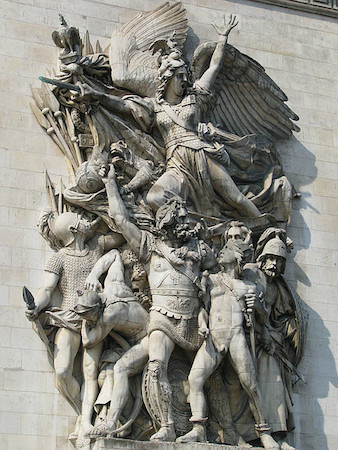 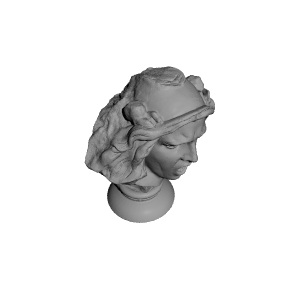 ×
2 collections where you can find The Genius of Liberty at the Réunion des Musées Nationaux, Paris by RMN