The Great Departure and Temptation of the Buddha at The Metropolitan Museum of Art, New York

3D
Scan The World
5,339 views 270 downloads
2 collections
Community Prints Add your picture
Be the first to share a picture of this printed object
0 comments

The Great Departure and Temptation of the Buddha at The Metropolitan Museum of Art, New York

This large limestone panel depicts two scenes from the life of the Buddha. The lower scene shows the moment when Siddhartha, the Buddha-to-be, secretly leaves his father's palace in the middle of the night. Four dwarfs hold up his horse's hooves so that he can depart silently. The upper scene represents the temptation of Siddhartha by Mara's daughters (seen to Siddhartha's right) and the assault by Mara's armies on the night in which he became a buddha.

This panel once clad a large stupa, a hemispherical burial mound that held important relics, at the site of Nagarjunakonda in southeastern India. Patronized by the ruling Ikshvakus, Nagarjunakonda housed both Hindu establishments that were supported by male members of the family and Buddhist ones sustained by their wives and daughters. The animated imagery and the elegantly corpulent bodies are typical of the art of Nagarjunakonda. The spatially intricate scenes from this region were probably inspired by influences from Rome, with which the region had contact via coastal ports. 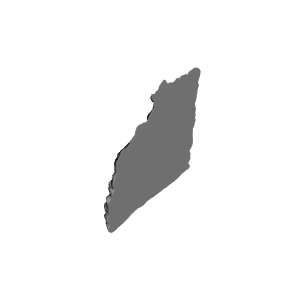