3D
Scan The World
5,600 views 112 downloads
3 collections
Community Prints Add your picture
Be the first to share a picture of this printed object
0 comments

The Mantis has often been considered as a symbol of feminism because of the insect's well-known male-cannibalism. This theory may be confirmed by the artist's friendships with members of the French intelligentsia, such as Colette or Nathalie Sarraute.

With her work, Germaine Richier appears as belonging to the continuum of Surrealism after the Second World War: the monstruous and hybrid figures are typical of surrealist works, which used the subconscious as a source of inspiration. 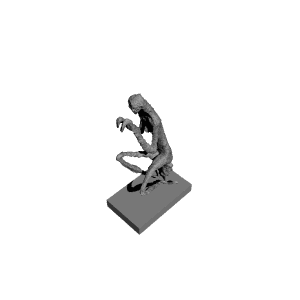