3D
360°
Featured Scan The World
4,334 views 630 downloads
3 collections
Community Prints Add your picture
Be the first to share a picture of this printed object
0 comments

The Rebellious Slave, one of Michelangelo's many Renaissance masterpieces, is a full-figure sculpture standing at 215 cm in height currently located in The Louvre, Paris.

The sculpture skillfully depicts the human resistance to the bondage of slavery and the willingess to succumb to the inevitable. The side-view of the slave shows the extremely powerful torso, hurting its hulking mass of flesh and bones against the bands that tie it from the back, seemingly more of an animal than a human being.

Michelangelo was an expert sculptor and a master painter. He was inspired by his own religious faith and the work of antiquity to come up with the most remarkable sculptures ever in history. He was obsessed with physical beauty and male nude form which inspired and influenced much of his paintings, his works, his buildings, and his sculptures that continue to inspire and amaze art lovers today.

The themes that Michelangelo wanted the viewer to see in the Rebellious Slave sculpture are clearly visible. As mentioned above, the person depicted in the rebellious slave is seen trying to free himself from the bands that are holding his hands from behind his back, twisting his head and contorting his torso. The artist wanted to give the impression that the man was trying to move towards the viewer.

The artist made this impression to contribute to the spatial appearance of the monument by slightly raising his shoulder and knee.

The artist used his artistic skills in sculpture creating to come up with an entertaining sculpture and at the same time pass his message across. Michelangelo main theme in this sculpture was to show the viewer the pain and the agony that slaves went through in the hands of their masters. He used the image of a naked man in this sculpture to show the level of humiliation that slaves were going through the hands of their masters.

This masterpiece has for quite some time been extolled for its authenticity and dynamism by nearly taking after Roman models. Additionally, close to one side knee, a profile of a monkey's head can be seen.

The statue overall appears to be more rational and nearer looks like the figures of slaves on the curves of triumph of Imperial Rome. Seeing the body position, it appears that with the fierce juxtaposition of its arms and the bonds around its back that it speaks to a detainee of a puzzling requirement. Specifically, the figure's deserted arm wound its back and the correct foot immovably planted on the base appears to express an unfaltering exertion at breaking free.

As in a number of his works, Michelangelo utilized the formal guideline of a climbing winding to make the figure dynamic. Alongside the Dying Slave, these two figures imply a condition of subjugation, a circumstance of outrageous limitation from which they should at all cost escape. As it were, they express a decided desire to profound, stylish and political flexibility. This topic reflects the life of Michelangelo since he was bound by social, human and common impediments; he remained basically free through his masterful expressions.

In spite of the fact that Michelangelo worked inside the circles of design, painting and model he principally viewed himself as a stone carver. All things considered, he took in the specialty of painting frescoes when he was youthful and filling in as an understudy in Ghirlandaio's studio. All through his profession Michelangelo said that he wanted to paint frescoes than work with oil paints.

When he was solicited to paint the roof from the Sistine Chapel he endeavored to turn the commission down. Michelangelo was persuaded that different craftsmen were endeavoring to damage him by persuading the Pope to commission him for a work of art venture when he was basically a stone worker. Clearly this was not the case and he painted the frescoes which demonstrated enormously fruitful. Michelangelo utilized brash, whinnying hues that blended most painters' desires. On the roof of the Sistine Chapel he showed his capacity to make extensive, lovely pieces. Moreover, he was a fan of blending Greek and Roman mythology with conventional Christian scenes.

Michelangelo is a standout among the most adored craftsmen ever. A stone worker, painter and draftsman he was an exceptionally skilled man who was talented in many fields. At a youthful age his endeavors were respected by the leader of Florence, Lorenzo the Great, and from that time ahead the basic gathering of his work was amazing. The rebellious slave was piece of art work that was perfectly put together by Michelangelo to impress his viewers and to pass his message across. The use of cool and warm colors makes the sculpture to look impressive while maintaining the intended theme. Michelangelo was also careful not to over decorate the painting to maintain his theme and make it original and portray his artistic skills. 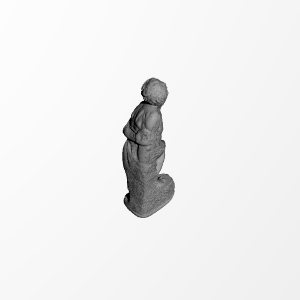