3D
Scan The World
3,552 views 424 downloads
3 collections
Community Prints Add your picture
Be the first to share a picture of this printed object
0 comments

Charles Sargeant Jagger was an English sculptor. He enlisted in the army in 1914; he fought in Turkay and France and won the Military Cross for bravery in action in 1918. Since he has served as an officer during the First World War, he was in great demand to work on war memorials after the war has ended. His sculptures were based upon his own experiences in the trenches.

This is a smaller version of the 1921 memorial which stands in the Britannia Hotel in Manchester. 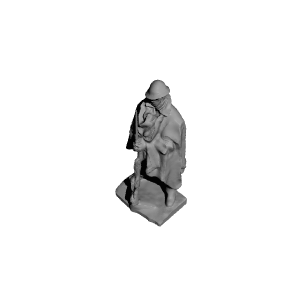