The Tiber as archive of Roman religious history

3D
Scan The World
1,838 views 68 downloads
Community Prints Add your picture
Be the first to share a picture of this printed object
0 comments

The Tiber as archive of Roman religious history

In the last quarter of the nineteenth century, during the construction of the Tiber embankment between Ponte Umberto and Ponte della Marmorata, a large quantity of uninscribed votive material was brought to light. Mostly terracotta, it consisted of statues, heads, half heads, ex-votos representing parts of the body, statuettes and pottery. In addition, some inscribed objects were found:small bases of offerings, vases, cups and other items. The most important groups of these objects (there are around a thoudsand in the National Roman Museum alone) were found near Ponte Umberto (Via di Monte Brianzo), and facing the Isola Tiberina. Their context would suggest that they were originally votive deposits (favissae), escavated along the river-banks in connection with neaby sanctuaries. They date principally from the 3rd and 2nd centuries BC. 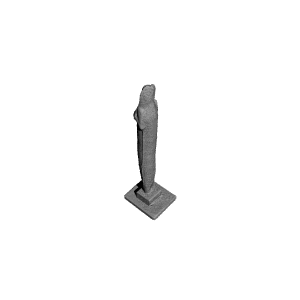