The Tower Of Joy - Game Of Thrones

The Tower Of Joy - Game Of Thrones

The Tower of Joy was a tower in the northern edge of the Red Mountains of Dorne. It lay in the Prince's Pass, with Kingsgrave to the south and Nightsong to the north.

The structure was named the tower of joy by Prince Rhaegar Targaryen.

At the end of Robert's Rebellion, Lord Eddard Stark and six of his companions (Howland Reed, Lord Willam Dustin, Ethan Glover, Martyn Cassel, Theo Wull, and Ser Mark Ryswell) approached the tower. They found it guarded by three members of the Kingsguard (Ser Arthur Dayne, Ser Oswell Whent, and Lord Commander Gerold Hightower). Eddard and Howland were the only survivors of the resulting battle. Eddard had the tower torn down to build cairns for the eight deceased.

According to a semi-canon source, Lyanna Stark was found dying inside the tower by her brother, Eddard, after the fight.

The tower in the real world is named The Castle of Zafra (Spanish: Castillo de Zafra) and is a 12th-century castle located in the municipality of Campillo de Dueñas, in Guadalajara, Spain.

It is suggested to print on large scale. The model i provide is about 18cm for not losing detail. There will be no problem with an sla printer. 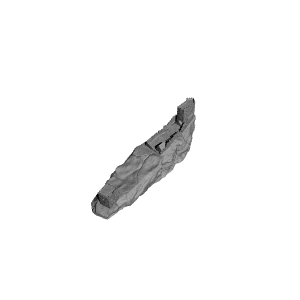