The Unicorn of Scotland

3D
Scan The World
2,874 views 282 downloads
1 collection
Community Prints Add your picture
Be the first to share a picture of this printed object
0 comments

The Unicorn of Scotland

This sculpture depicts The Unicorn of Scotland, one of the Queen's Beasts.

From the end of the 16th century, two unicorns were adopted as the supporters of the Scottish Royal Arms. In 1603, the crown of England passed to James VI of Scotland, who then became James I of England. He took as supporters of his Royal Arms a crowned lion of England and one of his Scottish unicorns. The unicorn holds a shield showing the Royal Arms of Scotland, a lion ramping in a royal treasure, adorned with fleur-de-lis. 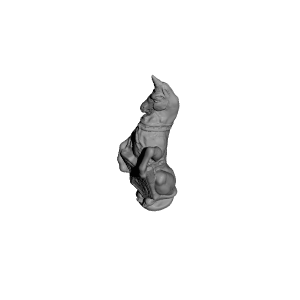