3D
360°
Scan The World
1,645 views 55 downloads
Community Prints Add your picture
Be the first to share a picture of this printed object
0 comments

Model of Three-toed Echidna (Proechidna bruijnii), foused in the Zoological Collection of the University of Tübingen.

Three-toed Echidna are endemic to New Guinea. They mainly inhabit forest areas, but can also be found in high mountains areas up to 4000 metres above sea level. The animals are mostly nocturnal and live in solitary outside during the mating season. Their diet consists primarily of earthworms which they pick up with their long, sticky tongue which have small bars to help collect its food. 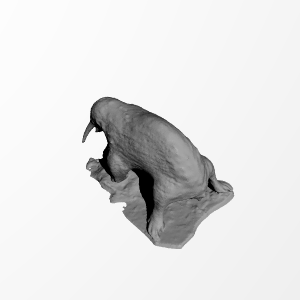 ×
0 collections where you can find Three-toed Echidna by unimuseumt