Tombstone with Orants and a Boat

3D
Scan The World
1,292 views 34 downloads
Community Prints Add your picture
Be the first to share a picture of this printed object
0 comments

Tombstone with Orants and a Boat

This relief shows three people and a boat. Inscriptions characterize the people as Atouli, Klam and Anouti. The names are influenced by a Coptic dialect spoken in the Faijum oasis. The motif of the orants is also typical of late antique tombs from this region. The ship has a special meaning in the ancient cult of the dead: in the old-Egyptian religion, the soul of the deceased sailed on a bark over the rivers of the underworld. Used on Christian graves it symbolizes the journey of the deceased to the port of eternity. However, the image content here is neutral and does not say anything about the religious affiliation of the people for whom it was intended. 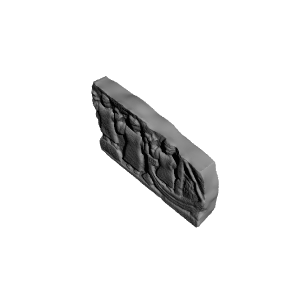