3D
Scan The World
1,487 views 260 downloads
3 collections
Community Prints Add your picture
Be the first to share a picture of this printed object
0 comments

Albert Ernest Carrie Belleuse was mostly known for his neoclassical realist terracotta sculptures. He started his artistic path training to become a blacksmith and only after he decided to attent the Beaux-Arts School.

During his life he mostly focused on the creation of female figures in historic roles. He worked between Paris, Brussels and England.

He was also very well known for emplying the famous and celebrated artist Auguste Rodin as an apprentice. 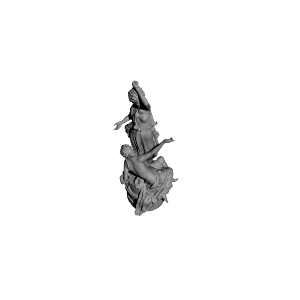 ×
3 collections where you can find Torchère by Scan The World