3D
360°
Featured Scan The World
1,960 views 68 downloads
Community Prints Add your picture
Be the first to share a picture of this printed object
0 comments

Some of the earliest images of the Buddha were created at Mathura in northern India. As with this figure, they often showed the Buddha's chest fully expanded with yogic breath, or pana, representing spiritual power. The now missing right hand was probably raised in a gesture bestowing freedom from fear (abhaya mudra) Early Buddhist images were probably inspired by the images of kings and nature spirits also made in North India then, with the same expanded chests and raised right hands. 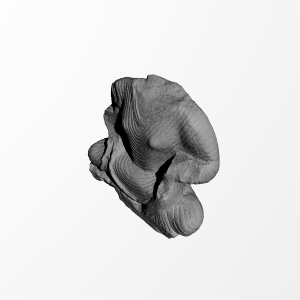