Torso of a statue of Aphrodite

3D
Scan The World
1,218 views 44 downloads
Community Prints Add your picture
Be the first to share a picture of this printed object
0 comments

Torso of a statue of Aphrodite

Found in Athens. The goddess is depicted nude from the waist up. The lower part of her body will have been wrapped in a himation, the edge of which is preserved folded over her left arm. The lower part of the body and the arms were made of separate pieces of marble. Late Hellenistic copy of an original thought to have been an early work by Praxiteles, carved about 360 BC, and known as the Arles Aphrodite after the best-preserved copy. 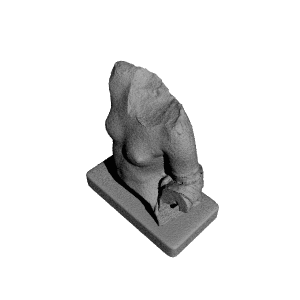