Torso of an athlete

Torso of an athlete

This nude torso of an athlete is part of an extensive series of ancient copies, of which the best example found in Delos is now in the National Achaeological Museum in Athens.
The bronze original that inspired this creation, made in 440-430 BC, is attributed to the artist Polykleitos. This statue, called a Diadumenos (he who wears a ribbon around his head) in antiquity, celebrated the victory of an athlete in a sporting event. Legs were added in modern times. 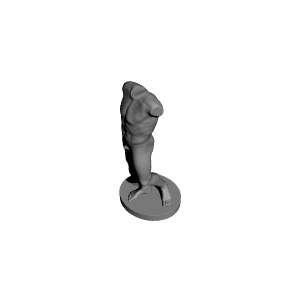