This is my version of Toxie made during a live stream on my youtube channel.

The Toxic Avenger is a 1984 American superhero comedy splatter film directed by Michael Herz and Lloyd Kaufman (credited as Samuel Weil) and written by Kaufman and Joe Ritter. The film was released by Troma Entertainment, known for producing low budget B-movies with campy concepts and gruesome violence. Virtually ignored upon its first release, The Toxic Avenger caught on with filmgoers after a long and successful midnight movie engagement at the famed Bleecker Street Cinemas in New York City in late 1985. It is now regarded as a cult classic. 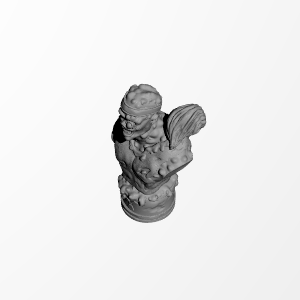 Another great model, thanks

Who doesn't love Toxie! Lol nice work on the model