3D
Scan The World
2,102 views 79 downloads
Community Prints Add your picture
Be the first to share a picture of this printed object
0 comments

Traian Vuia or Trajan Vuia (August 17, 1872 – September 3, 1950) was a Romanian inventor and aviation pioneer who designed, built and tested a tractor configuration monoplane. He was the first to demonstrate that a flying apparatus could rise into the air by running upon wheels upon an ordinary road. He is credited with a powered hop of 11 metres (36 feet) made on March 18, 1906 and he later claimed a powered hop of 24 metres (79 feet). Though unsuccessful in sustained flight, Vuia's invention influenced Louis Blériot in designing monoplanes. Later, Vuia also designed helicopters.

A French citizen since 1918, Vuia was also a great patriot, leading the Romanians (especially Transylvanians) of France in the resistance during World War II. He returned to Romania in 1950. 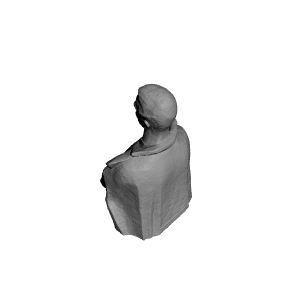