3D
Scan The World
1,992 views 72 downloads
1 collection
Community Prints Add your picture
Be the first to share a picture of this printed object
0 comments

Prof. Ferit Özşen was born in Taşkent, Konya in 1943. He studied in the Painting Department of Istanbul State Academy of Fine Arts between 1963 and 1964. He continued his education in the Sculpture Department of the same school between 1964 and 1971 at the Studio of Hüseyin Gezer. He worked at the Studio of Fritz Wotruba in Vienna Academy between 1968 and 1969. He became the assistant of Prof. Şadi Çalık in 1971. He finished his proficiency research from the Sculpture Department of Istanbul State Academy of Fine Arts in 1977. He has had numerous solo and group exhibitions in Turkey and abroad. Currently he is the professor at Mimar Sinan Fine Arts University and the director of the Istanbul Museum of Painting and Sculpture. 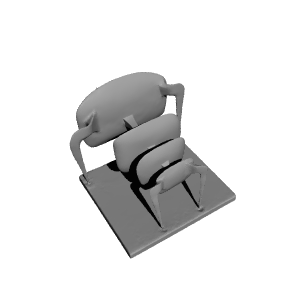 ×
1 collections where you can find Bull at The Middelheim Museum, Antwerp by Scan The World