3D
Scan The World
2,861 views 180 downloads
2 collections
Community Prints Add your picture
Be the first to share a picture of this printed object
0 comments

The fourth plinth has been a common question in London's Trafalgar Square as to what sculpture should feature on top of it. The now famous fountains were a similar story which were introduced much later after Trafalgar Square had been open to the public. In 1841 building plans were accepted and it was agreed that two fountains should be installed in the square to counteract the effects of the reflected head and glare from te proposed asphalt surface. The First Commisioner of Woods and Forests also welcomed the plan, not least because the fountains would reduce the open space available for public gatherings and thus reduce the risk of riotous assembly. The two new centrepieces were designed by Sir Edwin Lutyens and were intended as memorials to Lord Jellicoe and Lord Beatty; these were removed and placed against the northern retaining wall after the Second World War. The fountains were then restored where the originals can be found in Ottowa and Regina.

The introduction of the Tritons (in the Eastern, Beatty fountain) and Mermaids (in the Western, Jellicoe fountain) by sculptor and medal-designer William McMillan (Aberdeen 31 August 1887 – 25 September 1977) a British sculptor and medal-designer, operating through the 20th century. Both Wikipedia and The Oxford National Dictionary of Biography have stated that he is said to have been both tall and “extremely handsome”! He was elected an associate of the Royal Academy in 1925, a full member in 1933 and a Senior RA in 1962. From 1929 to 1941 he was Master of the Royal Academy Sculpture School. 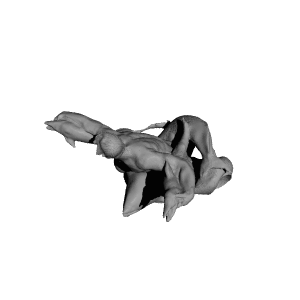 ×
2 collections where you can find Triton Statue in Trafalgar Square, London by Scan The World