3D
Scan The World
3,639 views 180 downloads
2 collections
Community Prints Add your picture
Be the first to share a picture of this printed object
0 comments

Two Prudential Plaza is a 64-story skyscraper that was built in the Loop area of Chicago, Illinois, United States in 1990. At 995 feet (303 m) tall, it is currently the sixth-tallest building in Chicago and the thirteenth tallest in the United States. The building is also currently the tallest building in the world that is under 1000 feet tall. The building was designed by the firm Loebl, Schlossman & Hackl, with Stephen T. Wright as the principal in charge of design. It has been honored with 8 awards, including winning the Best Structure Award from the Structural Engineers Association of Illinois in 1995. At the time of completion Two Prudential was the world's tallest reinforced concrete building. Its distinctive shape features stacked chevron setbacks on the north and south sides, a pyramidal peak rotated 45°, and an 80 foot (24 m) spire. The building is attached to One Prudential Plaza (formerly known as the Prudential Building). Without its spire, the building's height is still slightly greater than that of One Prudential Plaza's pinnacle. Two Prudential Plaza, along with its sister property One Prudential Plaza, was sold in May 2006 for $470 million to BentleyForbes, a Los Angeles-based real estate investment firm run by Carl Frederick Wehba and his son Carl Frederick Wehba II. 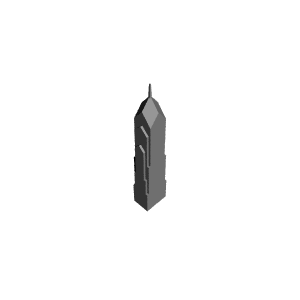 ×
2 collections where you can find Two Prudential Plaza in Chicago, Illinois by jkurstin22