3D
Scan The World
1,166 views 46 downloads
1 collection
Community Prints Add your picture
Be the first to share a picture of this printed object
0 comments

It has been said that this is a portrait of the Emperor Gallienus, but this cannot be true.  We must also reject the suggestion that it is an effigy of Macrinus, who, according to the author Dion Cassius, was respoinsible for instigating the assassination of Caracalla and then became emperor from April 217 to June 218. Neither his hooked nose nor the cut of his beard correspond to Macrinus' profile, known from stamped coins. 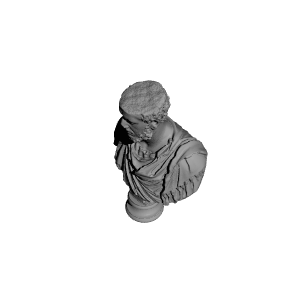