Uranus at The Palace of Versailles, France

3D
Scan The World
2,536 views 250 downloads
Community Prints Add your picture
Be the first to share a picture of this printed object
0 comments

Uranus at The Palace of Versailles, France

Uranus (Ouranos[oːranós] meaning "sky" or "heaven") was the primal Greek god personifying the sky. His equivalent in Roman mythology was Caelus. In Ancient Greek literature, Uranus or Father Sky was the son and husband of Gaia, Mother Earth. According to Hesiod's Theogony, Uranus was conceived by Gaia alone, but other sources cite Aether as his father. Uranus and Gaia were the parents of the first generation of Titans, and the ancestors of most of the Greek gods, but no cultaddressed directly to Uranus survived into Classical times, and Uranus does not appear among the usual themes of Greek painted pottery. Elemental Earth, Sky and Styx might be joined, however, in a solemn invocation in Homeric epic. 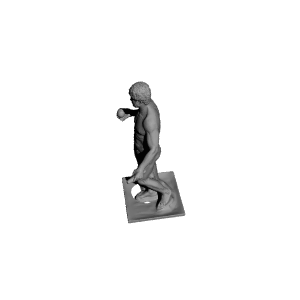 ×
0 collections where you can find Uranus at The Palace of Versailles, France by Scan The World