3D
Scan The World
3,817 views 138 downloads
1 collection
Community Prints Add your picture
Be the first to share a picture of this printed object
0 comments

Unfinished red sandstone ushabti with indistinct features. It was found in Armana, an extensive Egyptian archaeological site that represents the remains of the capital city newly established and built by the Pharaoh Akhenaten of the late Eighteenth Dynasty, and abandoned shortly after his death (1332 BC).

The ushabti (also called shabti or shawabti, with a number of variant spellings, Ancient Egyptian plural: ushabtiu) was a funerary figurine used in Ancient Egypt. Ushabtis were placed in tombs among the grave goods and were intended to act as servants or minions for the deceased, should they be called upon to do manual labor in the afterlife. 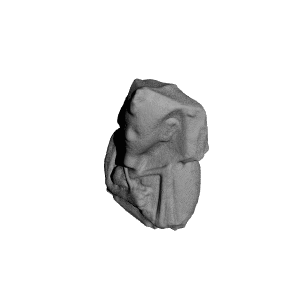