3D
5,185 views 298 downloads
1 collection
Community Prints Add your picture
Be the first to share a picture of this printed object
1 comments

The Utah Jazz are an American professional basketball franchise based in Salt Lake City, Utah. They are a part of the Northwest Division in the Western Conference in the National Basketball Association (NBA). The franchise began in 1974 as the New Orleans Jazz in New Orleans, Louisiana; the team moved to Salt Lake City in 1979. 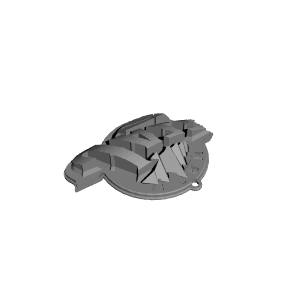