3D
Scan The World
2,247 views 43 downloads
1 collection
Community Prints Add your picture
Be the first to share a picture of this printed object
0 comments

Vīrabhadra (Sanskrit: वीरभद्र, lit. distinguished hero), also known as Veerabathira,Veerabathiran,Veeraputhiran is a fearsome form of the Hindu god Shiva. He was created by the wrath of Shiva and destroyed the Yagna (fire sacrifice) of Daksha, after Daksha's daughter and Shiva's consort Sati self-immolated in the sacrificial fire. He is described as a warrior who eventually blinded Bhaga, subdued Indra and broke, among many other countless gods, Pushan's teeth. Other gods fled the battlefield unable to sustain his power. 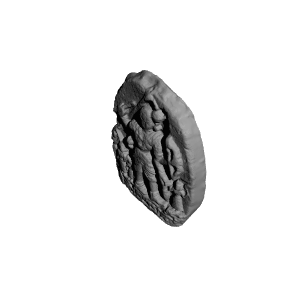 ×
1 collections where you can find Vīrabhadra by Scan The World