3D
3,351 views 104 downloads
1 collection
Community Prints Add your picture
Be the first to share a picture of this printed object
0 comments

He studied history in Bucharest, with Nicolae Iorga as one of his professors. He continued his studies in Germany. His Ph.D. thesis, written in 1909, was titled The nationality of merchants in the Roman Empire. Subsequently, he became professor at the University of Bucharest, and was elected member of the Romanian Academy.

His main interests were in prehistoric archaeology and classical antiquity. He organized several archaeological excavations, the most important one being at Histria, from 1914 to 1927.

Some of his most important works includes Getica, where he described the political and cultural role of Getae-Dacians.

Vasile Pârvan was the main promoter for the creation of the Romanian archaeology school. Among the institutions bearing his name are: theVasile Pârvan Institute of Archaeology of the Romanian Academy inBucharest (an establishment originally founded on November 3, 1834), and the Vasile Pârvan Museum in Bârlad (founded on April 10, 1914). He also launched the Ephemeris Dacoromana and Diplomatarium Italicum, as well as the first series of the Dacia Journal.

On June 26, 1927, he died suddenly from a neglected appendicitis. 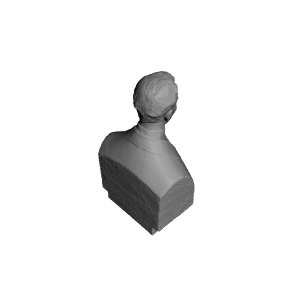 ×
1 collections where you can find Vasile Parvan Bust by apllana