3D
Scan The World
2,818 views 199 downloads
Community Prints Add your picture
Be the first to share a picture of this printed object
0 comments

Veleda was a priestess and prophet of the Germanic tribe of the Bructeriwho achieved some prominence during the Batavian rebellion of AD 69–70, headed by the Romanized Batavian chieftain Gaius Julius Civilis, when she correctly predicted the initial successes of the rebels against Roman legions.

The name may be Celtic and generic title for a prophetess (from Proto-Celtic*welet- "seer", a derivative of the root *wel- "to see"). The ancient Germanic peoples discerned a divinity of prophecy in women and regarded prophetesses as true and living goddesses. In the latter half of the 1st century AD Veleda was regarded as a deity by most of the tribes in central Germany and enjoyed wide influence. She lived in a tower near the Lippe River, a tributary of the Rhine. The inhabitants of the Roman settlement of Colonia Claudia Ara Agrippinensium (now Cologne) accepted her arbitration in a conflict with the Tencteri, an unfederated tribe of Germany (i.e., one outside the boundary of the Roman Empire). In her role as arbitrator, the envoys were not admitted to her presence; an interpreter conveyed their messages to her and reported her pronouncements. 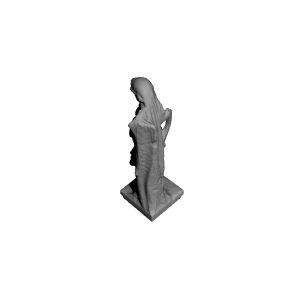 ×
0 collections where you can find Veleda at The Jardin du Luxembourg, Paris by Scan The World