3D
Scan The World
1,642 views 46 downloads
Community Prints Add your picture
Be the first to share a picture of this printed object
0 comments

Venus Anadyomene (from Greek, "Venus Rising From the Sea") is one of the iconic representations of Aphrodite, made famous in a much-admired painting by Apelles, now lost, but described in Pliny's Natural History, with the anecdote that the great Apelles employed Campaspe, a mistress of Alexander the Great, for his model. According to Athenaeus, the idea of Aphrodite rising from the sea was inspired by the courtesan Phryne, who, during the time of the festivals of the Eleusinia and Poseidonia, often swam nude in the sea. A scallop shell, often found in Venus Anadyomenes, is a symbol of the female vulva. 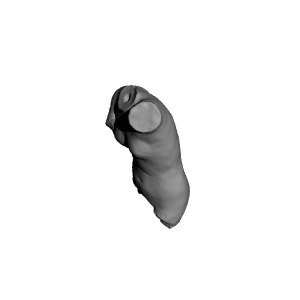 ×
0 collections where you can find Venus Anadyomene Fragment at The Musée des Beaux-Arts, Lyon by Scan The World