3D
360°
Scan The World
2,158 views 192 downloads
2 collections
Community Prints Add your picture
Be the first to share a picture of this printed object
0 comments

Like much of the sculpture of the Romantic movement in French art, Préault's (1809-1879) work was rejected from the Paris Salons throughout the 1830s and 1840s; his official recognition came after the Revolution of 1848. This plaster group is the working model for the commission of 1867 for the imperial palace at Fontainbleau and it shows Venus (the Roman godess of love beauty) sitting on a sphinx (a mythical creature, half woman, half lioness). 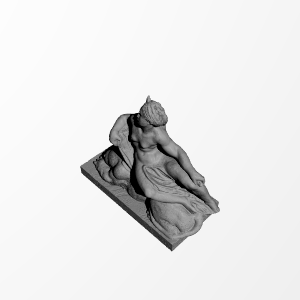