Vestale or Allegory of Silence at The Jardin des Tuileries, Paris

3D
Scan The World
2,691 views 156 downloads
Community Prints Add your picture
Be the first to share a picture of this printed object
0 comments

Vestale or Allegory of Silence at The Jardin des Tuileries, Paris

The Tuileries Garden is a public garden located between the Louvre Museum and the Place de la Concorde in the 1st arrondissement of Paris. Created by Catherine de Medicis as the garden of the Tuileries Palace in 1564, it was eventually opened to the public in 1667, and became a public park after the French Revolution. In the 19th and 20th century, it was the place where Parisians celebrated, met, promenaded, and relaxed. 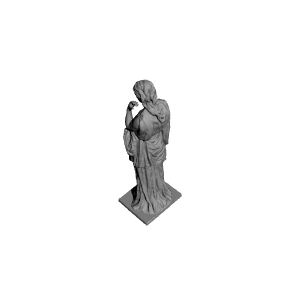 ×
0 collections where you can find Vestale or Allegory of Silence at The Jardin des Tuileries, Paris by Scan The World