3D
Scan The World
2,885 views 119 downloads
Community Prints Add your picture
Be the first to share a picture of this printed object
0 comments

In ancient Rome, the Vestals or Vestal Virgins were priestesses of Vesta, goddess of the hearth. The College of the Vestals and its well-being were regarded as fundamental to the continuance and security of Rome. They cultivated the sacred fire that was not allowed to go out. The Vestals were freed of the usual social obligations to marry and bear children, and took a vow of chastity in order to devote themselves to the study and correct observance of state rituals that were off-limits to the male colleges of priests.

The chief Vestal (Virgo Vestalis Maxima or Vestalium Maxima, "greatest of the Vestals") oversaw the efforts of the Vestals, and was present in the College of Pontiffs. The Vestalis Maxima Occia presided over the Vestals for 57 years, according to Tacitus. The last known chief vestal was Coelia Concordia, who stepped down in 394 with the disbanding of the College of the Vestals.
The Vestalium Maxima was the most important of Rome's high priestesses. The Flaminica Dialis and the regina sacrorum each held unique responsibility for certain religious rites, but came into her office as part of a couple.

From Rome, Roman Forum. House of the Vestal Virgins. 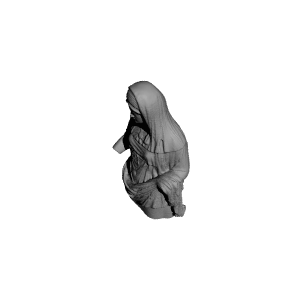