3D
Scan The World
1,284 views 82 downloads
2 collections
Community Prints Add your picture
Be the first to share a picture of this printed object
0 comments

This marble relief, by Johann Gottfried Schadow (Berlin, 1764-1850), depicts Victoria. Victoria in ancient Roman religion was the personified goddess of victory. She is the Roman equivalent of the Greek goddess Nike.

The relief was originally made for the pedestal of monument to Leopold von Dessau in the Lustgarten, though was eventually replced with a simpler base. 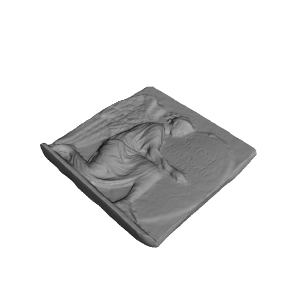 ×
2 collections where you can find Victoria by Scan The World