Virgin and Child with St Anne

3D
Scan The World
4,457 views 144 downloads
Community Prints Add your picture
Be the first to share a picture of this printed object
0 comments

Virgin and Child with St Anne

This retable*, de-faced and vandalised on the 7th March 1580, originally depicted the Virgin and Child with Saint Anne. Saint Anne was the mother of Mary and grandmother of Jesus according to apocryphal Christian and Islamic tradition. The work, housed in St. Martin's Cathedral in Utrecht, was attacked in Reformation iconoclasm in the 16th Century after the city's government devolved the cathedral from the Diocese of Utrecht to local Calvinists.

Iconoclasm is the destruction of religious icons and other images or monuments for religious or political motives. 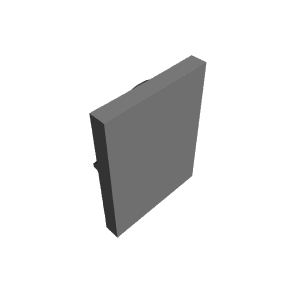