3D
Scan The World
1,534 views 40 downloads
Community Prints Add your picture
Be the first to share a picture of this printed object
0 comments

Aulus Vitellius was a Roman emperor, the last of Nero’s three short-lived successors.

Vitellius was the son of the emperor Claudius’s colleague as censor, Lucius Vitellius, who was also consul three times. Aulus himself became consul in ad 48 and proconsul of Africa. The new emperor, Galba, appointed him imperial governor of Lower Germany in 68. 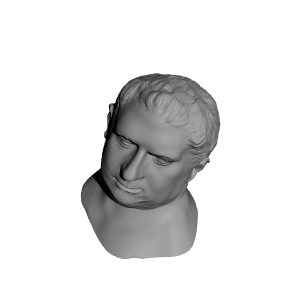 ×
0 collections where you can find Vitellius by Musée Saint-Raymond