Votary Stele with Relief of the Goddess Isis

3D
Scan The World
1,131 views 29 downloads
Community Prints Add your picture
Be the first to share a picture of this printed object
0 comments

Votary Stele with Relief of the Goddess Isis

Votary Stele with Relief of the Goddess Isis, Roman, from the 2nd century AD.

sis was initially an obscure goddess who lacked her own dedicated temples, but she grew in importance as the dynastic age progressed, until she became one of the most important deities of ancient Egypt. Her cult subsequently spread throughout the Roman Empire, and Isis was worshipped from England to Afghanistan. She is still revered by pagans today. As mourner, she was a principal deity in rites connected with the dead; as magical healer, she cured the sick and brought the deceased to life; and as mother, she was a role model for all women. 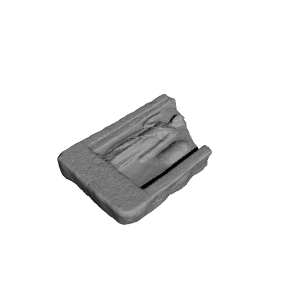