It is probably associated with the founding of Thessaloniki: the figures were either the patrons of the new city, or local gods, or gods of the small settlements which were joined together to form the city. 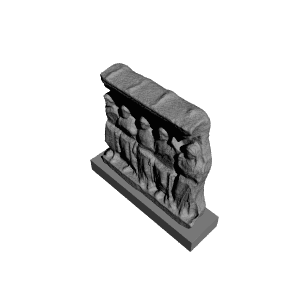