Votive Relief with a Hero at the Banquet

Votive Relief with a Hero at the Banquet

The hero is depicted on a dining couch (kline) as reclining reveller with wine cup and drinking horn (rhyton). A hero's existence is an everlasting banquet (symposium). Six mortals approach him and his heroin in adoration from the left. Such images illustrate a common notion of the time, that of the afterlife as a paradise (elysium). 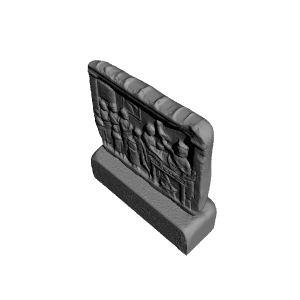