3D
Scan The World
3,080 views 92 downloads
1 collection
Community Prints Add your picture
Be the first to share a picture of this printed object
0 comments

Roosevelt University is a coeducational, private university with campuses in Chicago, Illinois and Schaumburg, Illinois. Founded in 1945, the university is named in honor of both former President Franklin Delano Roosevelt and First Lady Eleanor Roosevelt. The university's curriculum is based on principles of social justice. The university enrolls around 7,000 students between its undergraduate and graduate programs and is ranked #81 in U.S. News & World Report "Midwest Universities -2012". Roosevelt is also home to the Chicago College of Performing Arts. The University's newest academic building, Wabash, is located in The Loop of Downtown Chicago. It is the tallest educational building in Chicago, the second tallest educational building in the United States, and the sixth-largest academic complex in the world. President Charles R. Middleton was inaugurated in 2002, and retired in 2015. The current president, Dr. Ali Malekzadeh, started in 2015.Chicago classes are held within Roosevelt's historic Auditorium Building at 430 S. Michigan Avenue, blocks from the Magnificent Mile. The Auditorium Building houses the Auditorium Theatre of Roosevelt University and numerous administrative offices for the university. A second downtown campus building is the Gage Building, located at 18 S. Michigan Avenue. It also houses the Gage Gallery and administrative offices for the College of Education, Manfred Steinfeld School of Hospitality and Tourism Management, Paralegal Studies Program and the School of Communication.

In Spring 2010, construction began on a new building for the downtown campus, which was completed in Spring 2012. The 32-story vertical campus, the Wabash Building, is the second-tallest higher-education building in the United States and the sixth tallest in the world. It serves as a multipurpose building: housing student services, classrooms, contemporary science labs, administrative offices, and student residences. Student residences are on the top floors (14-32), with a shared lounge overlooking Lake Michigan on each floor. The university held an open house in the summer of 2012, with classes beginning in the new addition during the Fall 2012 semester. 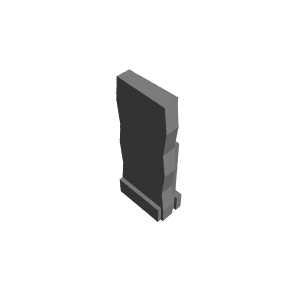 ×
1 collections where you can find Wabash Building Roosevelt University in Chicago, Illinois by jkurstin22