3D
360°
Scan The World
1,717 views 74 downloads
2 collections
Community Prints Add your picture
Be the first to share a picture of this printed object
0 comments

The Wadj scepter is a symbol that often appeared in relics, art, and hieroglyphics associated with the ancient Egyptian religion. Scepters were used as symbols of power or dominion, and were associated with ancient Egyptian deities such as Set or Anubis, as well as with the pharaoh. Wadj (or was) scepters also represent the Set animal. In later use, it was a symbol of control over the force of chaos that Set represented. 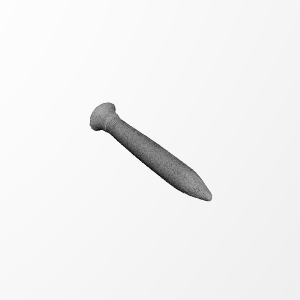 ×
2 collections where you can find Wadj Scepter Amulet by HMANE