3D
Scan The World
1,562 views 33 downloads
Community Prints Add your picture
Be the first to share a picture of this printed object
0 comments

Evidence of Sabaean influence is found in northern Ethiopia, where the South Arabian alphabet, religion and pantheon, and the South Arabian style of art and architecture were introduced. The Sabaean created a sense of identity through their religion. They worshipped El-Maqah and believed themselves to be his children. For centuries, the Sabaeans controlled outbound trade across the Bab-el-Mandeb, a strait separating the Arabian Peninsula from the Horn of Africa and the Red Sea from the Indian Ocean.

By the third century BC, Qataban, Hadramout, and Ma'in became independent from Saba and established themselves in the Yemeni arena. Minaean rule stretched as far as Dedan, with their capital at Baraqish. The Sabaeans regained their control over Ma'in after the collapse of Qataban in 50 BCE. By the time of the Roman expedition to Arabia Felix in 25 BC, the Sabaeans were once again the dominating power in Southern Arabia. Aelius Gallus was ordered to lead a military campaign to establish Roman dominance over the Sabaeans. 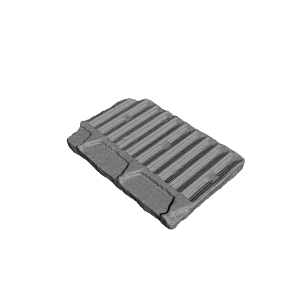