3D
Scan The World
3,698 views 128 downloads
Community Prints Add your picture
Be the first to share a picture of this printed object
0 comments

Sir Walter Scott, 1st Baronet (15 August 1771 – 21 September 1832) was a Scottish historical novelist, playwright and poet. Many of his works remain classics of both English-language literature and of Scottish literature. Famous titles include Ivanhoe, Rob Roy, Old Mortality, The Lady of the Lake, Waverley, The Heart of Midlothian and The Bride of Lammermoor. 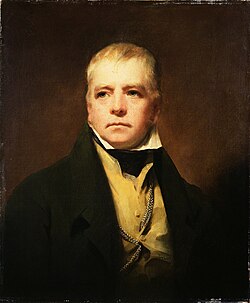 Although primarily remembered for his extensive literary works and his political engagement, Scott was an advocate, judge and legal administrator by profession, and throughout his career combined his writing and editing work with his daily occupation as Clerk of Session and Sheriff-Depute of Selkirkshire.

A prominent member of the Tory establishment in Edinburgh, Scott was an active member of the Highland Society and served a long term as President of the Royal Society of Edinburgh (1820–32).

The son of a Writer to the Signet (solicitor), Scott was born in 1771 in his Presbyterian family's third-floor flat on College Wynd in the Old Town of Edinburgh, a narrow alleyway leading from the Cowgate to the gates of the University of Edinburgh (Old College). He survived a childhood bout of polio in 1773 that left him lame, a condition that was to have a significant effect on his life and writing. To cure his lameness he was sent in 1773 to live in the rural Scottish Borders at his paternal grandparents' farm at Sandyknowe, adjacent to the ruin of Smailholm Tower, the earlier family home. Here he was taught to read by his aunt Jenny, and learned from her the speech patterns and many of the tales and legends that characterised much of his work. In January 1775 he returned to Edinburgh, and that summer went with his aunt Jenny to take spa treatment at Bath in England, where they lived at 6 South Parade. In the winter of 1776 he went back to Sandyknowe, with another attempt at a water cure at Prestonpans during the following summer.

Scott began studying classics at the University of Edinburgh in November 1783, at the age of 12, a year or so younger than most of his fellow students. In March 1786 he began an apprenticeship in his father's office to become a Writer to the Signet. While at the university Scott had become a friend of Adam Ferguson, the son of Professor Adam Ferguson who hosted literary salons. Scott met the blind poet Thomas Blacklock, who lent him books and introduced him to James Macpherson's Ossian cycle of poems. During the winter of 1786–87 the 15-year-old Scott saw Robert Burns at one of these salons, for what was to be their only meeting. When Burns noticed a print illustrating the poem "The Justice of the Peace" and asked who had written the poem, only Scott knew that it was by John Langhorne, and was thanked by Burns. When it was decided that he would become a lawyer, he returned to the university to study law, first taking classes in Moral Philosophy and Universal History in 1789–90.

As a boy, youth and young man, Scott was fascinated by the oral traditions of the Scottish Borders. He was an obsessive collector of stories, and developed an innovative method of recording what he heard at the feet of local story-tellers using carvings on twigs, to avoid the disapproval of those who believed that such stories were neither for writing down nor for printing. At the age of 25 he began to write professionally, translating works from German, his first publication being rhymed versions of ballads by Gottfried August Bürger in 1796. He then published an idiosyncratic three-volume set of collected ballads of his adopted home region, The Minstrelsy of the Scottish Border. This was the first sign from a literary standpoint of his interest in Scottish history.

In 1796, Scott's friend James Ballantyne founded a printing press in Kelso, in the Scottish Borders. Through Ballantyne, Scott was able to publish his first works, including "Glenfinlas" and "The Eve of St. John", and his poetry then began to bring him to public attention. In 1805, The Lay of the Last Minstrel captured wide public imagination, and his career as a writer was established in spectacular fashion.

He published many other poems over the next ten years, including the popular The Lady of the Lake, printed in 1810 and set in the Trossachs. Portions of the German translation of this work were set to music by Franz Schubert. One of these songs, "Ellens dritter Gesang", is popularly labelled as "Schubert's Ave Maria".

Although Scott had attained worldwide celebrity through his poetry, he soon tried his hand at documenting his researches into the oral tradition of the Scottish Borders in prose fiction—stories and novels—at the time still considered aesthetically inferior to poetry (above all to such classical genres as the epic or poetic tragedy) as a mimetic vehicle for portraying historical events. In an innovative and astute action, he wrote and published his first novel, Waverley, anonymously in 1814. It was a tale of the Jacobite rising of 1745. Its English protagonist, Edward Waverley, like Don Quixote a great reader of romances, has been brought up by his Tory uncle, who is sympathetic to Jacobitism, although Edward's own father is a Whig. The youthful Waverley obtains a commission in the Whig army and is posted in Dundee. On leave, he meets his uncle's friend, the Jacobite Baron Bradwardine and is attracted to the Baron's daughter Rose. On a visit to the Highlands, Edward overstays his leave and is arrested and charged with desertion but is rescued by the Highland chieftain Fergus MacIvor and his mesmerizing sister Flora, whose devotion to the Stuart cause, "as it exceeded her brother's in fanaticism, excelled it also in purity". Through Flora, Waverley meets Bonnie Prince Charlie, and under her influence goes over to the Jacobite side and takes part in the Battle of Prestonpans. He escapes retribution, however, after saving the life of a Whig colonel during the battle. Waverley (whose surname reflects his divided loyalties) eventually decides to lead a peaceful life of establishment respectability under the House of Hanover rather than live as a proscribed rebel. He chooses to marry the beautiful Rose Bradwardine, rather than cast his lot with the sublime Flora MacIvor, who, after the failure of the '45 rising, retires to a French convent. 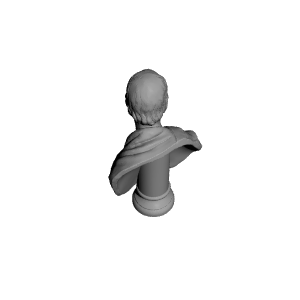