3D
Scan The World
3,837 views 79 downloads
3 collections
Community Prints Add your picture
Be the first to share a picture of this printed object
0 comments

The earliest money in China was shaped like tools, including spades and knives. These forms were possible because coins were cast in moulds. Spade money reflected the shape of real agricultural tools, with the hollow handle originally being the socket for a wooden handle. These spades were made to standard sizes for use as money.

During the Warring States period (475-221 BC), the various states used different forms of spade money. There were several weight systems which were reflected on the inscriptions on the currency.

Wei  was an ancient Chinese state during the Warring States period. Its territory lay between the states of Qin and Qi and included parts of modern-day Henan, Hebei, Shanxi, and Shandong.

A old chinese legend says than an unnamed "King of Wei" is featured in one of the canonical tales of homosexual love in China. The king had a favorite named Lord Long Yang, with whom he enjoyed fishing. One day, Long began to weep. When questioned, Long said he saw his own future in how he had treated a fish. Happy to have the catch at first, Long Yang had wanted to throw it back when he caught a better fish. He wept, "I am also a previously-caught fish! I will also be thrown back!" To show his fidelity to Long Yang, the king declared that, "Anyone who dares to speak of other beauties will be executed along with his entire family". 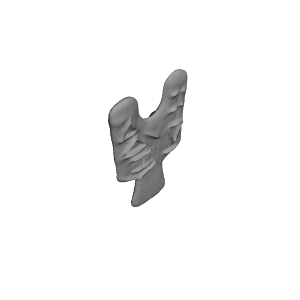 ×
3 collections where you can find Wei State spade-money at The British Museum, London by Scan The World