3D
Scan The World
4,532 views 200 downloads
Community Prints Add your picture
Be the first to share a picture of this printed object
0 comments

Wladyslaw Reymont was a Polish novelist and the 1924 laureate of the Nobel Prize in Literature best known for his award-winning four-volume novel The Peasants. This bronze sculpure comemorates his life and achievements, depicting him with a book and pen in his hands, sitting atop of a box or chest.

The sculpture is life-size and was made in the 20th Century. 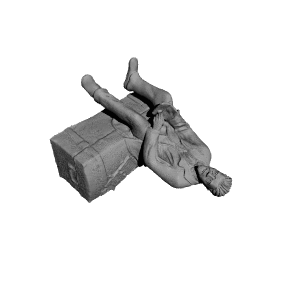 ×
0 collections where you can find Wladyslaw Reymont in Lodz, Poland by Krzysztopor.