3D
Scan The World
4,333 views 427 downloads
2 collections
Community Prints Add your picture
Be the first to share a picture of this printed object
0 comments

This group was bought in Florence in 1865 by the British painter Sir John Everett Millais. It was originally said to be by Michelangelo, however since it's arrival in Britain, and it's acquisition by the V&A in 1937, the attribution has been discussed at length without definite conclusion. In mythology, Leda was taken by the swan, who was Zeus in disguise, and is said to have given birth to Helen as a result. The left leg of Leda and the wings of the swan have been left unfinished. 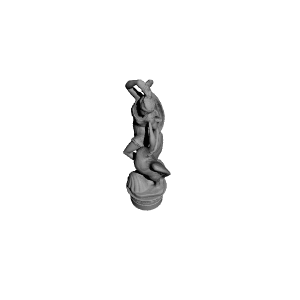