Woman at the window

3D
Scan The World
1,252 views 53 downloads
2 collections
Community Prints Add your picture
Be the first to share a picture of this printed object
0 comments

Woman at the window

Between the two world wars, many European artists returned to the classical figurative tradition after the intoxication of the revolutionary vanguard. In Italy, there were two art movements that advocate the return to the values of simplicity, both supported by the fascist regime. One was Novecento Italiano (Italian Twentieth Century) sponsored by the journalist Margherita Sarfatti in the years 1922/29 (Mario Sironi, Francesco Trombadori, Felice Casorati) that seeks to return to order and the other was Realismo Magico (Magic Realism) (Cagnaccio di San Pietro, Felice Casorati, Antonio Donghi) by a 1926 definition of the writer Massimo Bontempelli to indicate the simultaneous presence in the works of everyday gestures and mysterious allusions, real visions, and dream imagery. 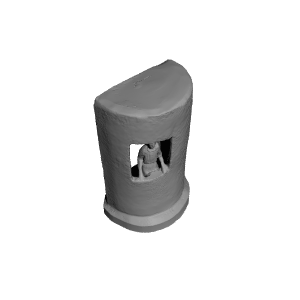